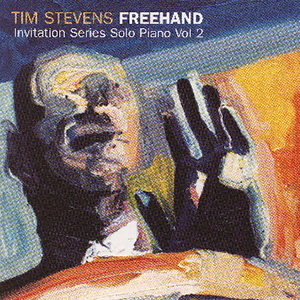 So I was living in Sydney, some time around the turn of the century, and one day the ’phone rang. It was Tim Dunn, owner/operator of Rufus Records, and someone I’d never met. He had heard my recordings with Browne – Haywood – Stevens and was ringing to ask if I might be interested in making a solo piano record. He had a series going, the Invitation Solo Piano Series, and he was issuing his second invitation. (Paul McNamara was the first invitee, and he responded with Conversations (1999).) It didn’t take me very long to agree to this proposal, and really it’s just one more of the incredibly lucky things that have happened to me along the way. The album took a little while to eventuate, but in the meantime I had written six pieces and resolved to improvise six more. ‘Proem’, the album’s opener and, as I recall, the first piece to be composed for it, is among the charts available on the ‘Compositions’ page if you’re interested to see it.

The session was produced by Tony Gorman, who had a master’s touch when it came to telling me I was taking ‘Generating’ too fast and unless I moderated my enthusiasm I’d never get a take I liked. Ross A’hern recorded it and Tim D dropped by at the end of the second day. The record was launched in Melbourne at Melba Hall, and I even persuaded Ian Holtham to let me use one of the newer Steinways. So began my association with Rufus Records, and, you know, long may it last.

Ashleigh Wilson’s review (from The Weekend Australian, 25-6 May 2002) I shamelessly reproduce here in full:

‘Dedicated to the late Mietta O’Donnell, one of the renowned culinary leaders of Melbourne, pianist Tim Stevens recalls with affection the “rare and wonderful” times he performed at her restaurant in the early 1990s. I don’t recall seeing Stevens play solo piano live, but on the strength of this recording it’s safe to assume that it would be an intimate experience. Well known for his work with the Browne Haywood Stevens trio, the Melbourne-based pianist is the kind of performer who could silence a room with ease, commanding the attention of even the most inattentive listeners. With the quality of the musicianship as his only weaponry, it’s not an easy thing to do without bellowing loudly from the stage. For the duration of this CD, Stevens demonstrates his delightful approach to improvisation and composition, affording himself generous chunks of space with each tune and developing often classically influenced ideas to fruition with studious clarity. The highlights are certainly the six improvised tunes titled ‘Freehand’, which range from sparse suggestions to free jauntiness, and ‘Generating’, a piece that sounds something like Keith Jarrett’s flourishes with his European quartet. Unsentimental yet emotionally arresting, it’s an uncompromising solo debut that lays bare Stevens’ challenging, rewarding and unpredictable movements.’